Ascott Makati, a serviced residences hotel at Ayala Center, bills itself as the first building in the Philippines with full wireless Internet coverage anywhere within its premises. "It is the first building in the Philippines to have 100 percent wireless Internet coverage," Ascott general manager Lew Yen Ping said, during the 25th year anniversary of the Singapore-based Ascott International, the parent firm of Ascott, Somerset and Citadines serviced residence hotels.

Ms. Ping said that through a partnership with Globe Telecom, each of the 306 units in Ascott Makati now has access to password-protected wifi Internet, which stands for wireless fidelity. She said that while Ascott Makati still charges from wireless Internet service, it is moving towards providing completely free Internet in the future.

The building has penthouses, studios, and one to three-bedroom residences, each with their own kitchen, entertainment systems, and washing machines.
Ascott Makati also has 17 function rooms and 23 office suites. The hotel now offers anniversary rates starting from P5,775, applicable for daily stays up to seven nights and for reservations made on or before 31 August 2009.

Taal off limits to tourists

Authorities have warned resort operators against bringing tourists to Pulo Island, near the crater of the restive Taal volcano in Batangas province.
The Philippine Coast Guard issued the warning after Alert level 2 was hoisted over Taal volcano, which means that it is experiencing magmatic intrusion that may lead to an eruption.
Despite earlier warnings from government volcanologists, foreign tourists were still coming to the island, often hiring horses to ride up to the volcano’s crater, local Coast Guard personnel said.  Mostly South Koreans and some Japanese were visiting the restive volcano, they added.

Philippine Airlines (PAL) stopped most of its domestic flights beginning Aug. 1, to concentrate on its international flights.  It transferred its passengers to budget unit PAL Express.
The flag carrier, which recently received the go signal from the European Union to mount flights to Europe, said its domestic route would now be served by PAL Express, except the Manila-Cebu, Manila-Davao and Manila-Kalibo flights.

How to Apply for Tourism Jobs in the Philippines 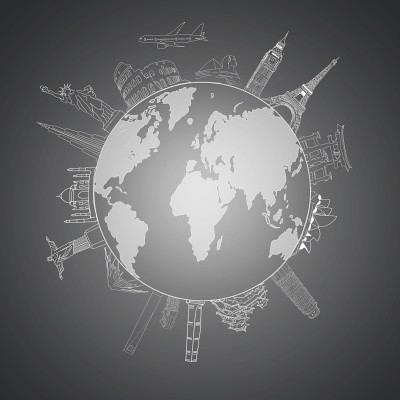 Online job portal JobsDB Philippines said tourism is one of the growing sectors that have thousands of job openings this year.
It said some 10,000 jobs in the tourism sector are being posted every day, thanks to new hotels, casinos and resorts being built across the country.

Major attractions include the Oceanarium, Musical Fountain and the newest Marine Life Habitat. The Oceanarium is a stunning walk-through of the watery depths, containing about 1,900 cubic meters of seawater with over 10,000 marine creatures of about 200 species, all indigenous to the Philippines and Southeast Asia.

Enrison Land, Inc. has renamed Microtel Grand Mactan Resort into Be Resorts, with an eye for expansions to follow within the year.  Mr. Garry Garcia, general manager of Be Resorts, said the name change came with the management's thrust for a new direction towards property management.   The resort manager said they expect to launch Be Resorts within the third quarter of this year.
Plans for a mid-sized hotel consisting of over 100 rooms and villas in Panglao, Bohol is also in the pipeline.

Manila is an ‘AwfulÔÇÖ Place Worth Visiting

Australian newspaper The Age has recommended Metro Manila as one of 10 cities in the world that are worth visiting, despite their undeserved negative image.  In his article “Ten ‘awful’ cities you should still visit,” published on 27th August 2013 issue of the Melbourne-based newspaper The Age, author David Whitley said there are certain cities in the world that saw their reputation repeatedly and unfairly thrashed.