Why El Nido is Considered a Paradise 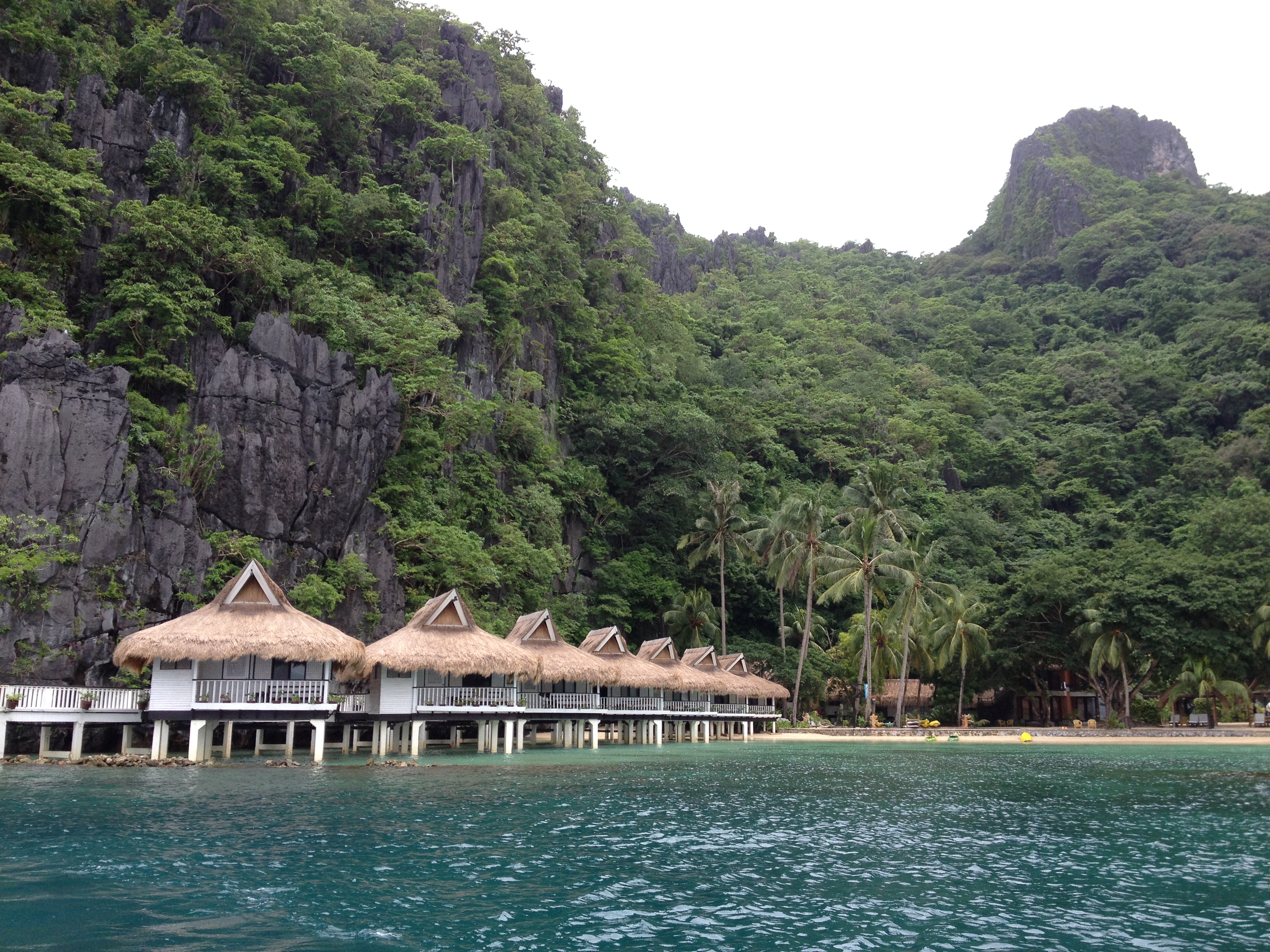 El Nido, a town in Palawan which consists of marble islands and islets surrounded by a magnificent body of waters, is an enchanting paradise, at least to those who can afford to stay at its luxury resorts.
Visitors at Pangalusian Island Resort, one of the four El Nido resorts managed by Ayala Land's Ten Knots Development Corp., pay as much as US$1,000 for an overnight stay at a villa.
Also known as Island of the Sun, Pangulasian has breathtaking views of both sunrise and sunset at Bacuit Bay and boasts of a 750-meter stretch of flawless white sand beach.
Bacuit Bay is a part of a vast marine sanctuary on a unique location in northern Palawan.  Protected from fishing vessels, poachers and mass tourists, it has become a playground for the rich and famous who desire a sense of exclusivity while frolicking in crystal clear waters, surrounded by the most wonderful background.
Pangulasian Island Resort is a member of the exclusive club of small luxury hotels of the world.  Overnight rates range from P30,500 for two at a one-room canopy villa with a floor area of 89 square meters, P34,500 at a beach villa and to as much as P37,000 at a pool villa.  An extra adult pays P4,500. 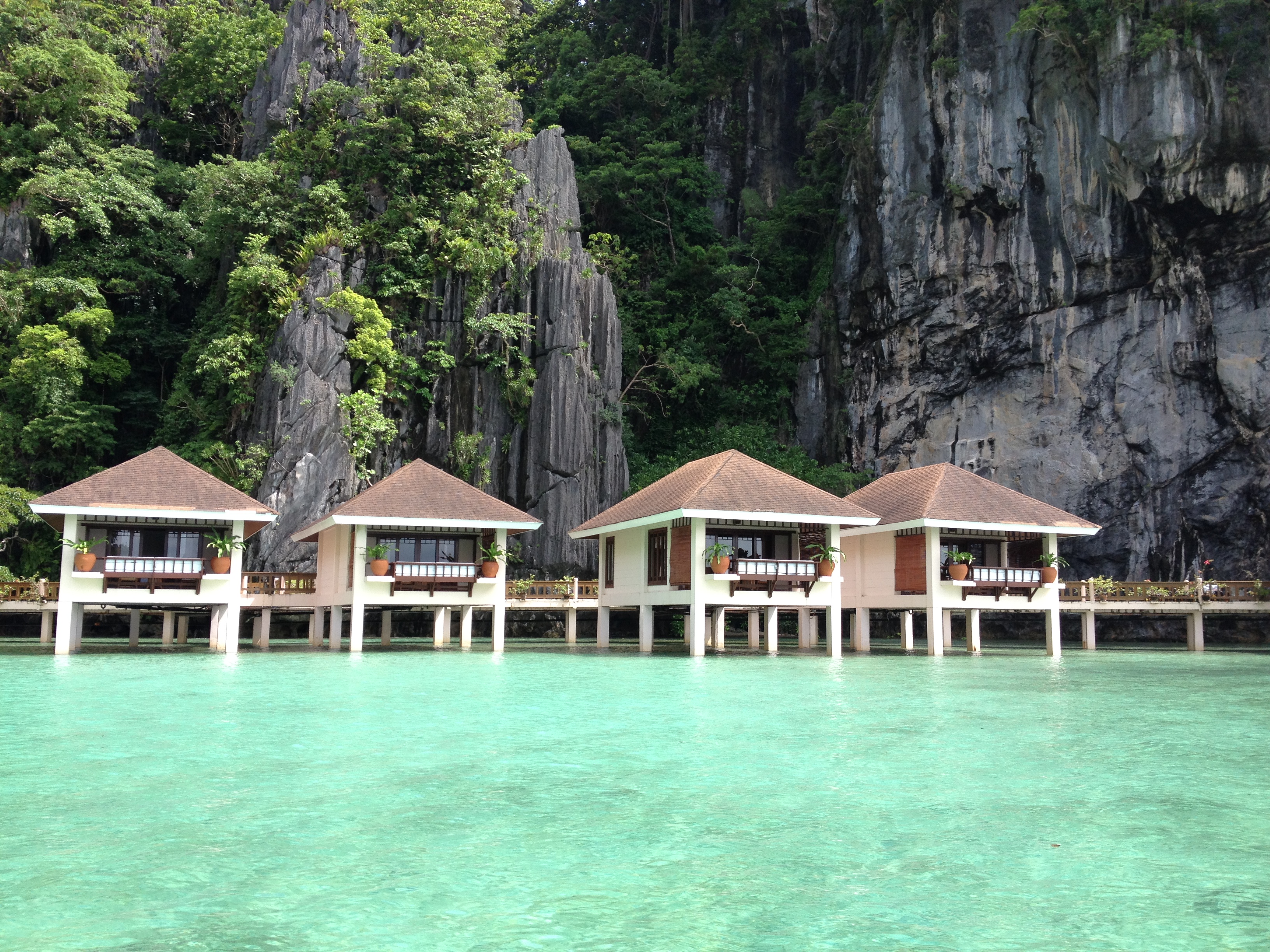 Rates include roundtrip regular boat transfers to and from Lio airport in El Nido, breakfast at the Clubhouse restaurant and use of non-motorized water sports equipment such as hobie cat, windsurf and kayak.
Most guests pay extra for an additional package, including lunch and dinner and standard resort-guided activities and tours of El Nido islands. All visitors to El Nido and Taytay, Palawan, above 11 years old, also pay a conservation fee of P200 per visit.
Visitors to El Nido are treated to splendid colors and shape of nature, in the forms of towering marble cliffs, enchanting lagoons, white sandy beaches, lush forest and mangroves, interesting caves, spectacular marine biodiversity and glorious sunsets.
El Nido, a town at the northern tip of Palawan, is composed of 45 islands and islets and is a part of a marine sanctuary called El Nido-Taytay managed resource protected area.  El Nido Resorts, which aside from Pangulasian also include three other island resorts, are known for superb service and local hospitality.
About half of guests at El Nido Resorts come from other countries.  On the average, the El Nido Resorts have occupancy rate of up to 90 percent during peak season, but this goes down on lean months, the same trend observed in other island resorts in the Philippines.  The Coast Guard advises against traveling to the islands during a storm. 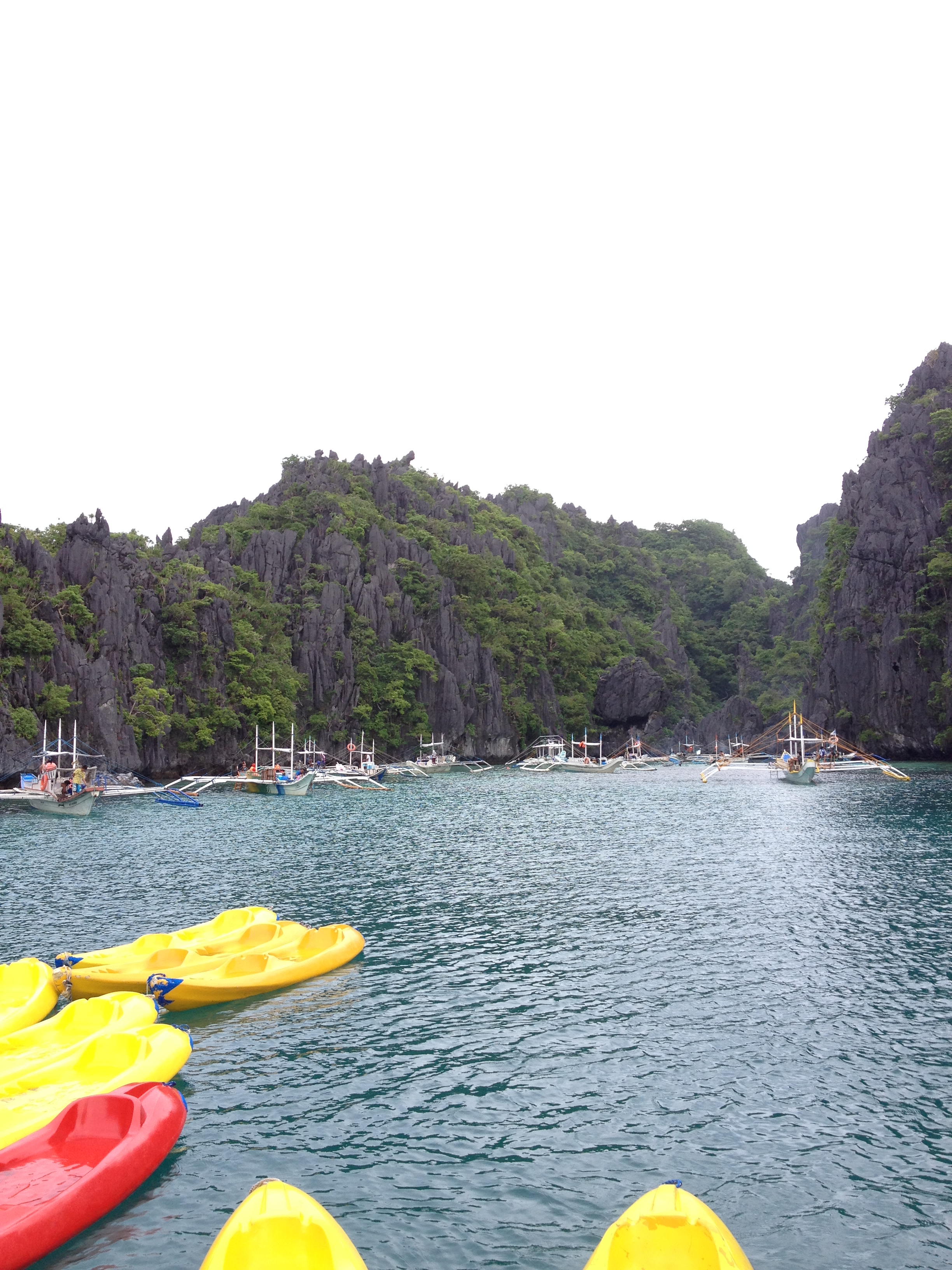 El Nido Resorts employ about 500 people who enjoy working in fabulous natural attractions and facilities.
With its picturesque islands and rich marine biodiversity, the protected area is home to over 900 fish species, more than 100 bird species and a great variety of marine invertebrates, mammals and reptiles.  Beyond sightseeing, El Nido Resorts offer low-impact activities that include swimming, snorkelling, scuba diving, kayaking, windsurfing, island hopping and lagoons tour.
El Nido can be reached in an hour on board Island Transvoyager Inc., which uses a 50-seat ATR aircraft that has its own hangar and terminal in Pasay City.  From Lio airport, a 40-minute boat ride will take passengers to El Nido Resorts.  Lio airport is located four kilometers from El Nido town center, where smaller resorts offer cheaper rates than those in exclusive island resorts.
Mesmerized by the beauty of El Nido, Ayala Land is developing its biggest tourism project yet at Lio airport in Villa Libertade village.  Ayala Land and Ten Knots are set to build a 100-hectare sustainable eco-tourism estate that will include hotels and resorts, tourism and commercial establishments and residential communities with world-class amenities.
El Nido Resorts are already known globally.  In 2013, it bagged the World Travel & Tourism Council’s Tourism for Tomorrow Awards-Community Benefit Award for successfully balancing people, planet and profits. It received the Asean Green Hotel Standard in 2010, the Wild Asia Responsible Tourism Award in 2009 and the Sustainable Hotel Award – Sustainable Destination Category at the PATA Gold Award – Environmental Education Program in 2011. 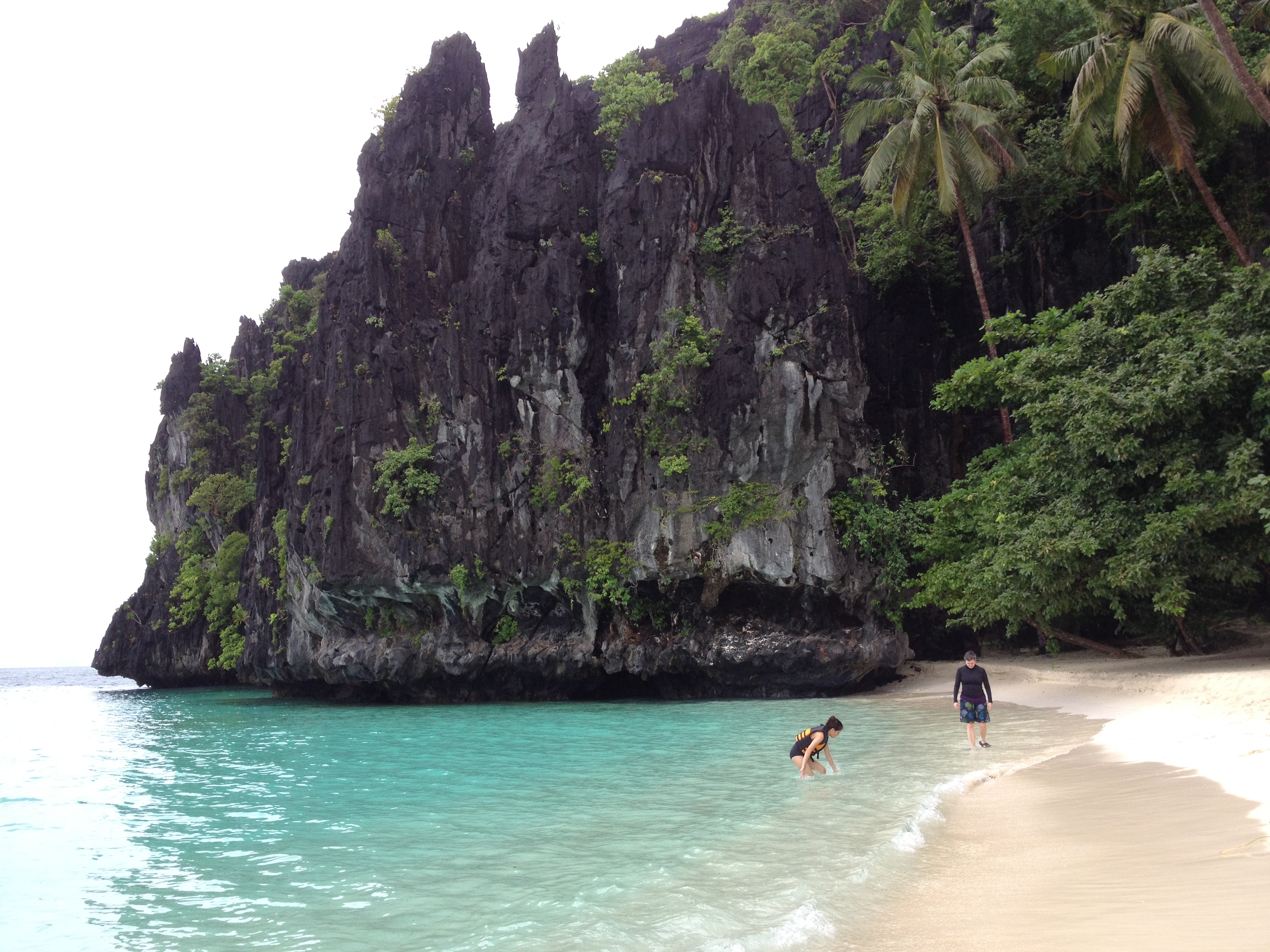 It was also cited for embracing nature-based guest activities and sustainable menus and for providing environment education programs for staff and guests, and employment opportunities for the local community.  El Nido Resorts vies for “Asia’s Responsible Tourism Award” in the 2014 World Travel Awards-Asia.
Aside from sustainable tourism, El Nido Resorts are known for providing an exclusive environment to guests who can afford the cost of best leisure.  While Pangulasian Island has the highest rates among El Nido Resorts, the other facilities are also in the luxury category, with rates starting at over $500 or more than P20,000 a night, easily eclipsing the rates for suites at the finest five-star hotels in Metro Manila.
Lagen Island, known for its lush four-hectare forest and a calm lagoon, offers a spectacular view of Bacuit Bay and the El Nido sunset.  The cottages and rooms were built, with the beautiful forest and limestone cliffs as the stunning background.  Lagen Island Resorts has 50 rooms and cottages and a conference room for up to 70 people.  It has a large swimming pool and its own charming lagoon fronting the Bacuit Bay.
Overnight rates for two range from P22,000 to P27,000 per room, with an additional charge of P3,500 per adult.  A water cottage, normally with a 53-square-meter size, offers free WiFi and  satellite TV.  The resort also offers a full package supplement of P2,500 a night, including lunch and dinner and standard resort-guided activities and tours. 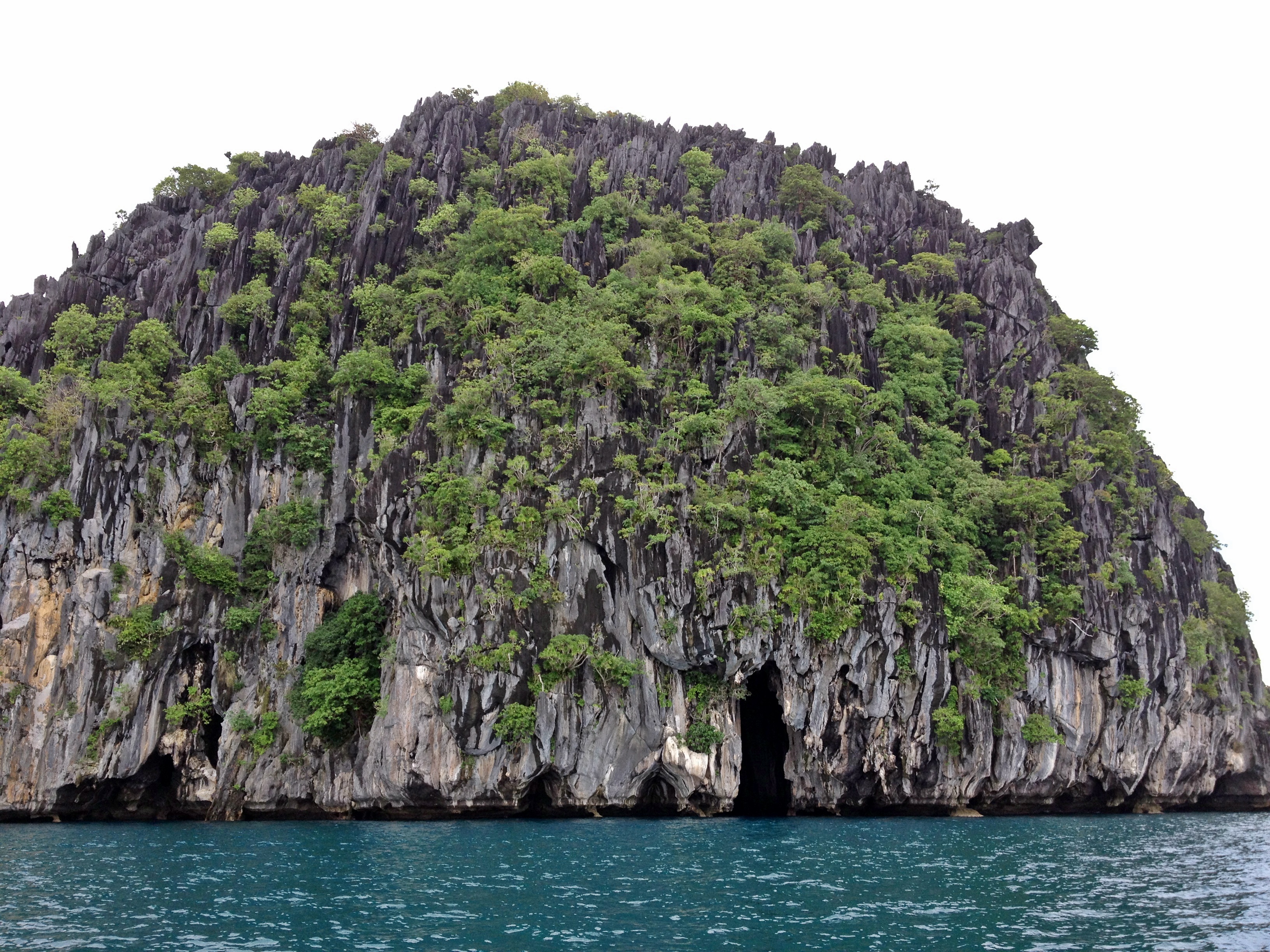 Miniloc Island Resorts, the first facility of Ten Knots, is now under a two-month renovation and is prepared for opening at the start of the peak season in October.  Miniloc is the most photographed island in El Nido, because of the big and small lagoons.
Miniloc Island Resorts has 51 cottages and rooms, where rates range from P22,000 to P28,000, plus P6,000 for an extra adult per night.  Rates include roundtrip regular boat transfers, full-board meals, use of snorkelling equipment, water sports equipment and standard resort guided tours.
Apulit Island, located in Taytay, Palawan, was recently acquired by Ten Knots from another resort operator.  From El Nido airport, guests need to take a 90-minute van ride to Taytay town and a 50-minute boat transfer to get to Apulit Island, which boasts of 50 cottages, where rates range from P20,000 to P21,500 per night, plus P5,500 per extra adult.
It is best to visit El Nido and Taytay during the dry season, as strong rains and winds impede boat trips and island exploration. 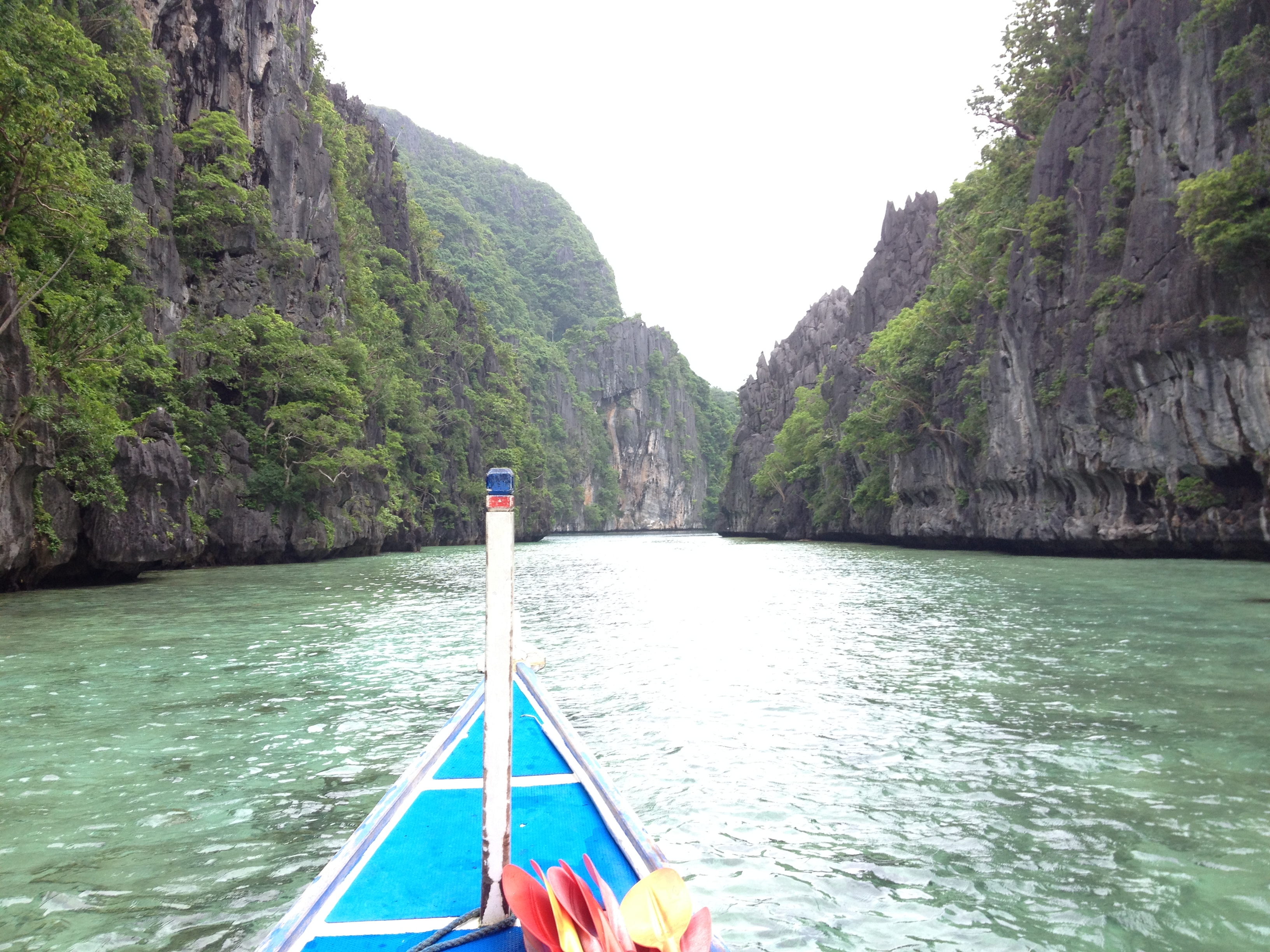 Other interesting spots in El Nido-Taytay area are Cadlao Island, Dibuluan Island, Dilumacad Island, Entalula Island, Paglugaban Island, Palawan mainland, Pinagbuyutan Island, Pinasil Island, Tapiutan Island, Vigan Island or Snake Island
Although El Nido Resorts specifically targets the upscale tourism market, Ayala Land’s entry and investment plan is expected to bring more tourists to El Nido and help the Tourism Department achieve its target of drawing 10 million international visitors into the country, on top of 56 million domestic tourists, by 2016.
All tourists should be given a chance to witness the beauty of El Nido, which has the power to motivate people to cherish and protect God’s wonderful creations.